Many thanks to everyone who attended last night’s Zoom (Pro Tips and Q&A). We’ve been averaging around 50 people (which does not suck) and I’m grateful for the enthusiasm you’ve shown — love all the questions! Stay tuned for details on the next Currentseams Zoom.

Here’s another sand eel fly pattern that I can’t do without: the Bruiser Big Eelie. Faithful followers know that Ken Abrames’ Big Eelie template is a tried-and-true favorite that lends itself to all kinds of color variations. “Bruiser” because it’s black and blue and purple — and because this fly has accounted for some of my biggest stripers. Perfect for those dark of the moon nights when the bass are looking up and tracking those telltale thin silhouettes across the surface. I’ve been fishing this fly for close to a decade now, and while the Bruiser has appeared elsewhere, I haven’t presented it here until now. Speaking of presentation: swing it, dangle it, dead drift it, and strip it in ultra-short jerky bursts (my favorite). 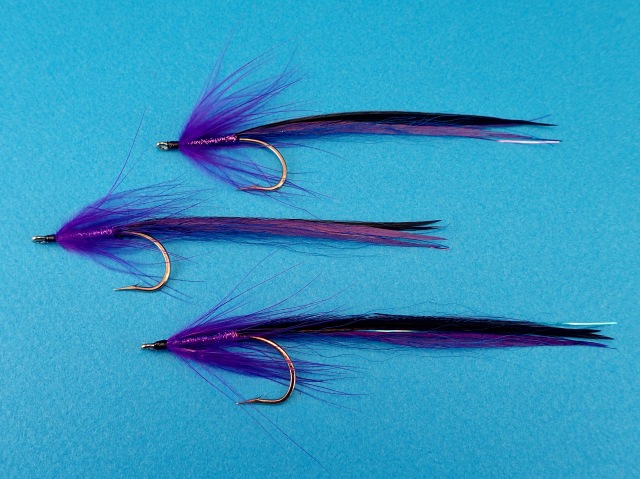 The Orange Ruthless has long been one of my favorite striper flies. It’s a simple pattern, and a good place to start if you’re just getting into flatwings. I like this fly about 2 1/2″ long, but I’ll tie it even smaller if the bait size warrants. The Orange Ruthless gets a lot of swim time as part of a three-fly team; I tend to place it in the point position. Although it’s a clam or cinder worm, it does double duty as a grass shrimp (or at the very least something that looks alive and good to eat.)

The SC15 hook does not sharpen well, but it is sticky sharp out of the pack and holds its point for a long time. I chose it because it’s easy to find and very light. You can get away with strung hackle for both the tail and the body, but make sure the feathers have plenty of web.

If you have Ken Abrames’ A Perfect Fish, you’ll find a fly called the “R.L.S. Ruthless” in the chapter on single-feather flatwings. This is a variant of that pattern, taught to me by Ken himself at a Tuesday night tying session many years ago. It was the first striper fly I ever tied, and I had the good fortune to be seated next to the artist, lashing bucktail, flash, and feather to hook under his watchful eye.

Many years ago, I was having trouble with some bass that were feeding on silversides in a Rhode Island breechway. The fish were active, but I couldn’t get them to bite. Ken Abrames recommended that I try the Ray’s Fly Featherwing, a dressed-down flatwing version of Ray’s Fly. I remember him telling me that it was, at the least, another arrow  in the fly box quiver.

That was a long time ago. I remember tying some up, but I don’t know what became of them. I know I caught stripers on them. I think I lost my last one to a bluefish.

Recently, someone on one of the forums asked about a “Ray’s Fly flatwing.” I think the Ray’s Fly Featherwing is the fly he was referencing. I haven’t tied in a couple of weeks, so I went down to the bench this morning and churned out a few. So simple. And sparse. I’d be as inclined to use these for a sand eel as I would a silverside.

All saddles are tied in flat — flatwing style, as they say. Note that the olive saddle is tied in at the head. All you need to do now is add water.

Many of you have been wondering, “What happened to Ken Abrames’ Stripermoon website?” Well, the old forum is no more.

Ken has moved on to two Facebook pages. The first is called JK Abrames Stripermoon, and you can find it here.

The second is called Stripermoon Blog. That is located here.

Please join me in welcoming Ken’s return to the web. 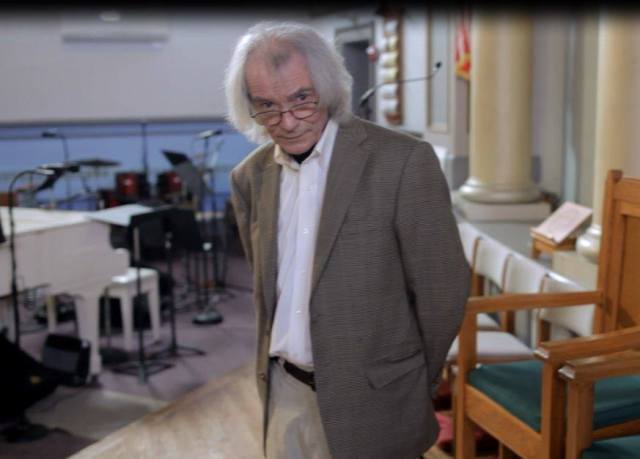