That was Wayne’s general assessment of his Farmington River experiences.

Of course, that was before Thursday. Wayne put on a wet fly clinic, hooking nearly double-digits in trout and landing most of them. I had Wayne fishing a traditional three-fly team, and he saw action on both the top dropper (Squirrel and Ginger size 12) and the point fly (SHBHPT size 12). We fished three locations within and outside of the permanent TMA, and found customers in all of them. Caddis, midges, and in the afternoon some Light Cahills and smaller BWOs. Water a terrific wet fly height, 350cfs, and a cool 54 degrees. Hats off to Wayne for an outstanding day.

“Are you still there?” Yes,  he was, and as a result we have this bent rod to deal with. 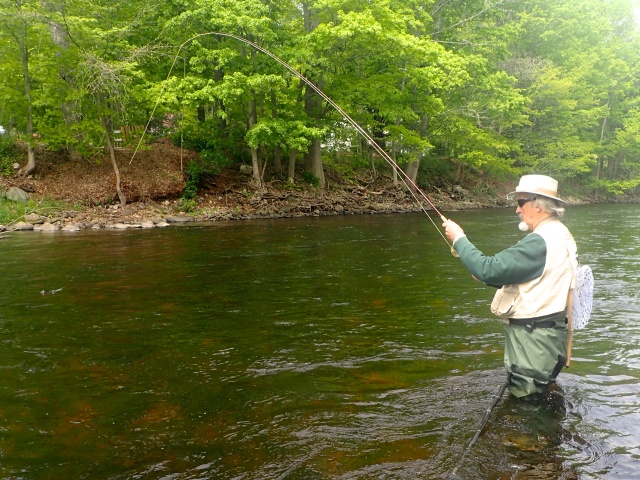 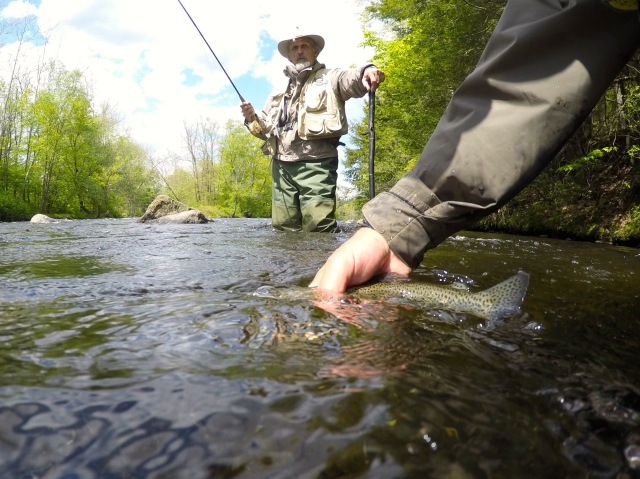 A different perspective on the release. 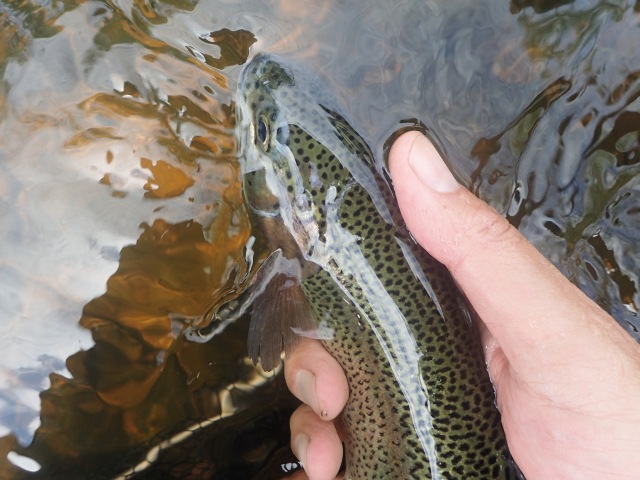 2 comments on “Farmington River Report: “I usually get skunked.””