Forget the calendar or the current warm spell — we are already in summer mode. That means low water, very spooky fish, and, I suspect, a large number of residents unwilling to show themselves. The water is still at mid-spring temperatures.

The canopy is full in, and does an exceptional job of keeping things cool.

Pricked close to ten fish, with none landed. All my risers were found in deeper and/or faster water, with an emphasis on “faster.”

Observed three nursery pools — shallow and slow — that held numerous young-of-year brookies. Looks like a strong Class of 2015 if they avoid the birds and survive the summer extremes.

Found a new brook on the way home and lost a pig (for a small stream) on my first cast. He was so twitterpated that he leapt twice after he spit the hook. I’ll see you again, pal, since I know where you live.

Let them be. Ugh. After the mild winter, it’s going to be a disaster season for poison ivy. 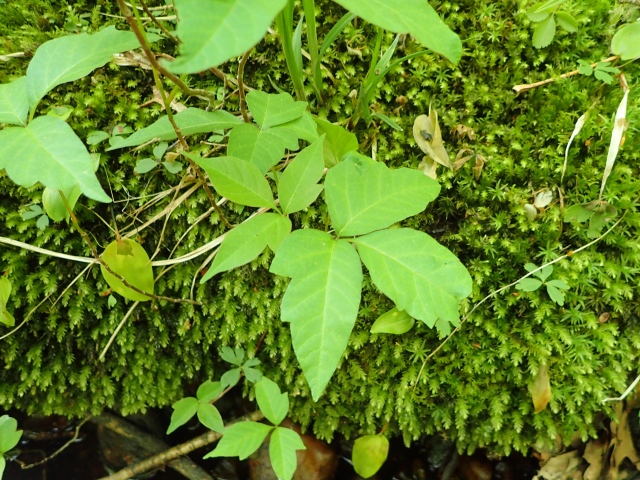 See if you can find Señor Frog. (It’s not that hard.)

4 comments on “Notes from a small stream”