Chris wanted to work on his subsurface game, so we spent the morning nymphing and swinging wets. Success! We fished three spots below the permanent TMA and found players in two of them.

We started off indicator nymphing (using my homebrew indicators) with a drop shot rig, and I continued my catching-a-fish-while-doing-a-demo streak. (If you want to look cool, pretend you meant to do it.) Chris took over and made a bunch of quality drifts with no love. All of a sudden, it happened. An unseen hatch was underway, the trout were feeding, and we hooked a bunch if fish in 15 minutes.

Wets were next. Run A was a blank, and Run B did not produce in the areas it usually does. No worries — Chris kept a positive attitude (confidence catches fish), and it rapid succession he stuck a bunch of trout tight to the bank. Great job, Chris! The trout should be worried. 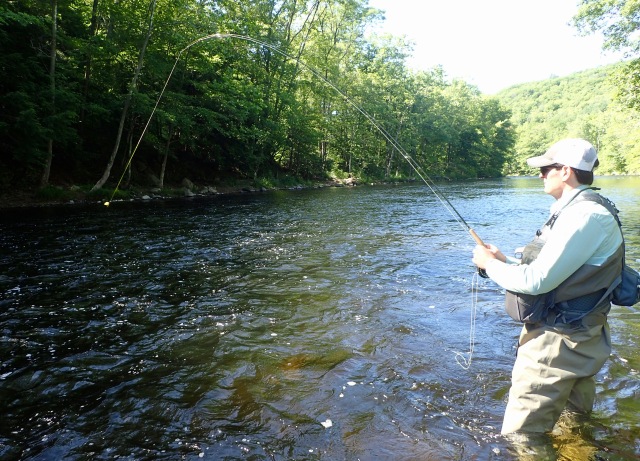 We spotted a distressed rainbow in the shallows. It had been hooked, lost, and had the terminal tackle and a short length of mono still attached. Unfortunately, we failed in out attempts to net it. 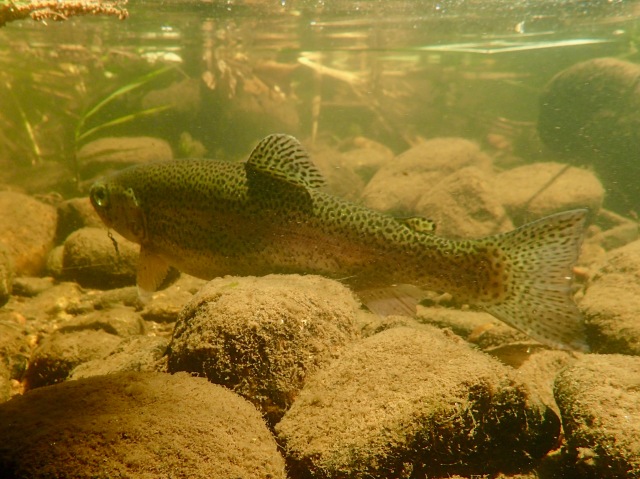 Chris kept pounding the banks in a shade line, mended swing presentation, and was rewarded with several slashing strikes. This gorgeous wild brown took the top dropper on his team of three wets, a Squirrel and Ginger. 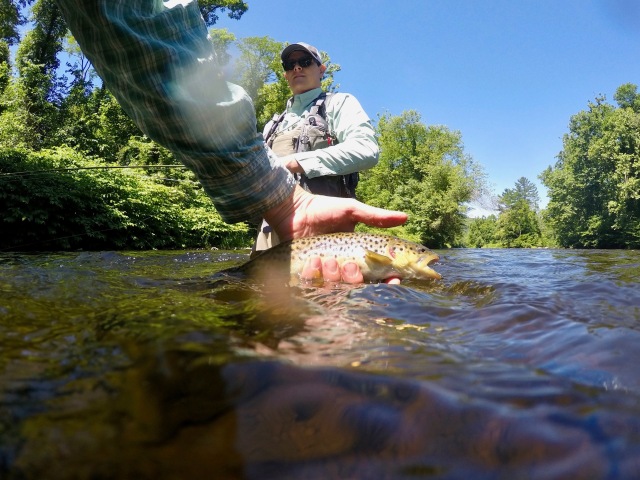 After our session, I spent two very entertaining hours swinging wets. I fished a Squirrel & Ginger (caddis) on top, a Drowned Ant middle dropper, and a Light Cahill on point. I saw all three insects out and about, as well as tiny BWOs, midges, inch worms, and sedges. Among the players today were three wild brookies. Funny thing! They all took the Drowned Ant. I don’t think it was a coincidence. This stunner is clearly from the Farmington River hatchery. 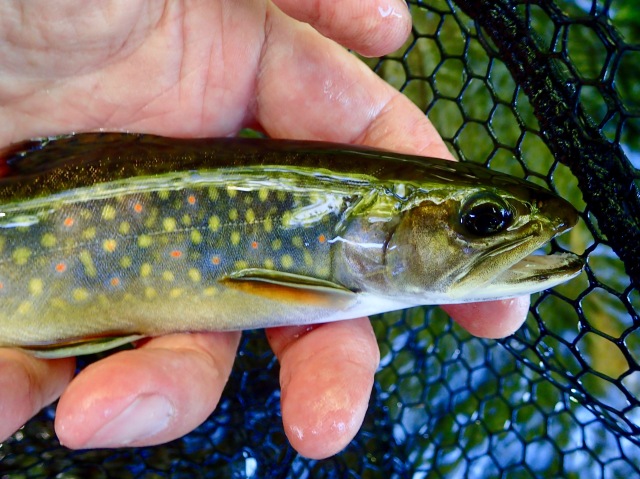 Another hat trick today, thankfully without a broken rod. This low-teens wild brown was feeding just along a shade line in about a foot of water. First cast, bang! Squirrel and Ginger. Catch-and-release works in the wild, too — note the long-ago healed bird wound just above the gill plate. I bounced around to three spots, found hungry fish in all of them, and lost track of both time and fish landed. 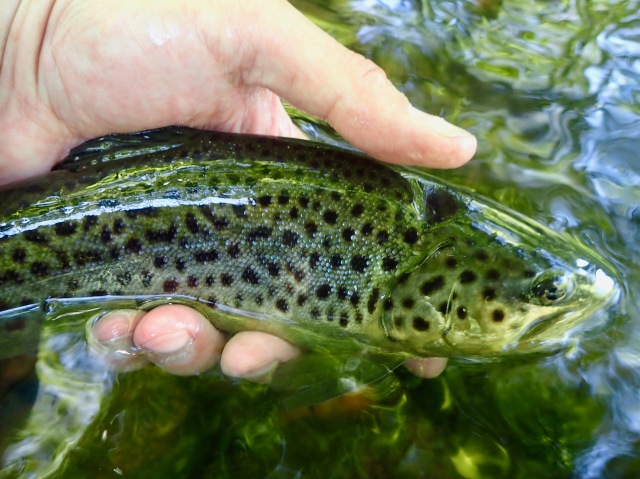