This in from FRAA President (and dry fly angler extraordinaire) Drew Butler:  “Just received notice that they are reducing flows to 300cfs from the dam, dropping it from the 880cfs that it has been for the last few days. Total flows through the upper TMA will be below 500cfs for the first time in a while. Yesterday brought a fair BWO hatch along with a few Hendricksons and Quill Gordons. The water temp had dropped from 52oF down to 48oF so the fish were not as active on the surface. Still managed a half dozen or so on top, all on some form of Hendrickson emerger before it quit around 5 or so. There was a decent spinner fall on Wed. and I expect that the spinners will just get better as the temps warm up early next week. Time to break out the size 12 rusty egg-sac spinners!!”

In case you’ve never heard of Drew, he holds the current (and still growing) record for consecutive months catching a trout on a dry fly. I’m not sure where he’s at, but it’s well over 100. You do the math.

I would also expect the Mahogany Duns to begin making an appearance. For those of us who love swinging wets, this can be a productive afternoon hatch. Try a February Red, size 16-18.

The February Red. This is a size 12, so shrink it down for the paralepts. 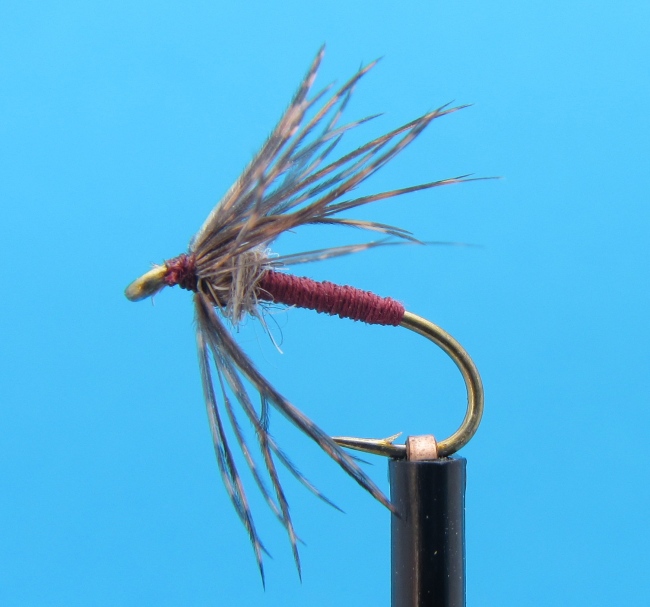 One comment on “Farmington River conditions: down she comes”