I guided Rand and his son Sam yesterday and the break in the heat didn’t seem to do the fishing — make that catching — any favors. We pounded two confidence-is-high runs with nymphs for three hours and only managed to stick one trout. Bug activity was virtually nil. Then we switched to wets and found only one more fish willing to jump on. We didn’t see another trout caught in four hours on the water. Kudos to Rand and Sam for persevering through a tough bite window. Multiple hookups and tight lines for both of you to come!

Rand swinging his wets over some holding water. 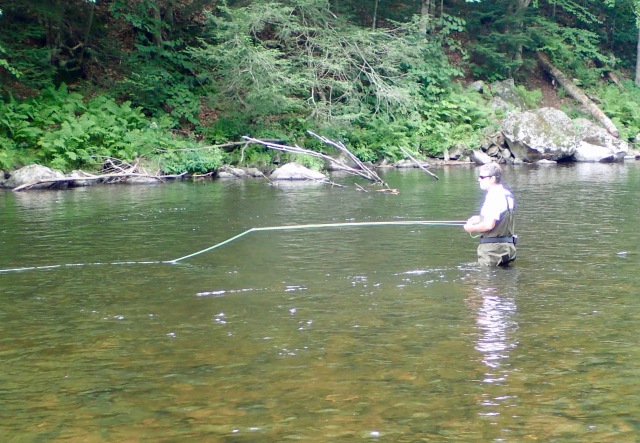 I had a 20 minute window on the way home so I jumped into some snotty pocket water about 1-2 feet deep to swing wets. Here, the trout were open for business, and I managed three wild stunners, one on each of the flies, a size 12 Squirrel and Ginger top dropper, a size 14 Drowned Ant, and a size 12 Gray Hackle. So maybe that kind of water and method was the key to yesterday, although it was not an appropriate run for inexperienced waders.

The first wild brown came on the S&G. 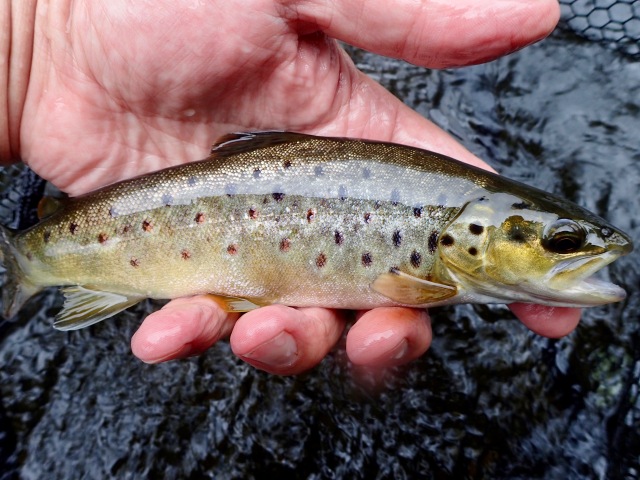 My wife says the halos are gold. I’d say the entire fish is worthy of such lucre. Last brown, taken on the Gray Hackle. 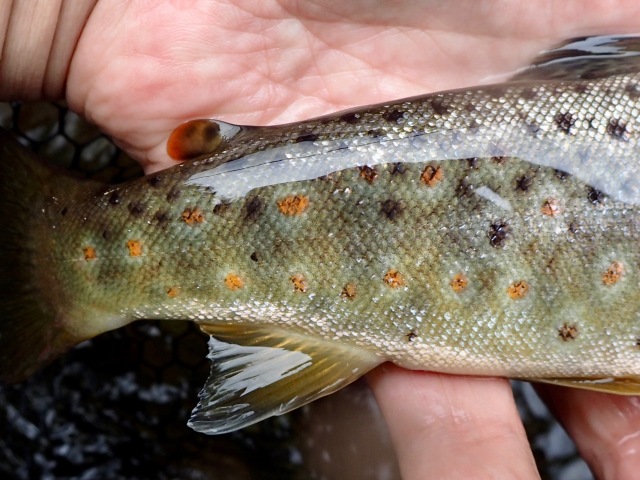