The best time to go fishing is when you can, and if the tides line up, so be it, north wind and rising barometer be damned. Just a quick sortie to three different spots on the same river. The first two were blanks. At the third, there was mischief afoot. On the dangle at the end of the swing, some quivering taps. A few minutes later, more of the same. Dinks? I thought so. But ten minutes later, when I connected, the fish felt decidedly undinkish. Okay, so a 20″ striper ain’t exactly one to put in the brag book. But when you only need one, and it’s your first of the year, it becomes the perfect fish.

Last night’s fly was a three-feather flatwing/bucktail hybrid of the Herr Blue, about 8″ long. 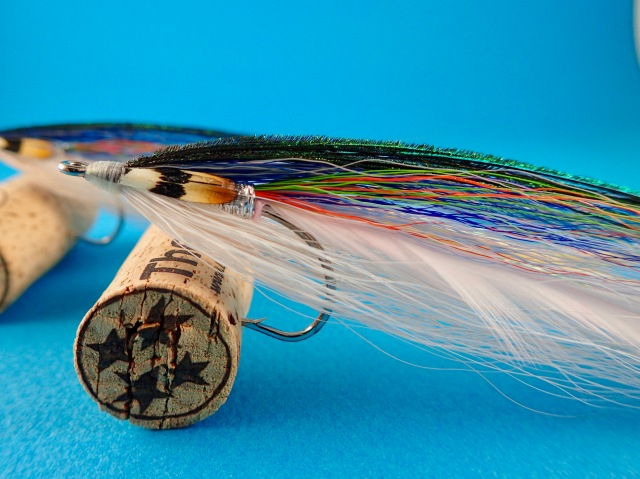