Kicked off my 2014 guiding season yesterday with Matt. Matt wanted to take my Wet Flies 101 half-day course, and we headed to the upper TMA in search of feeding fish. Two-thirds of nature cooperated; an absolutely glorious late April sunshine, and a snow flurries-like caddis hatch (with a few Quill-something mayflies and mounds of midges for good measure). Unfortunately, the third that really counts was in absentia. Not a damn riser anywhere. Nothing for the nymphers, and even the spin guy only managed one on his Rooster Tail. Off to below the upper TMA, where Matt rousted up a nice brown on a bead head soft-hackle Pheasant Tail. Speaking of Matt, it was gratifying to see how much he improved over the course of just a few hours. So often, you get out of something only what you put in, and he worked hard on his mending and wet fly presentations. By the end of the day, quality drifts were the rule rather than the exception. Well done, Matt!

Matt executing a mended swing, focused, intent, and best of all having fun. 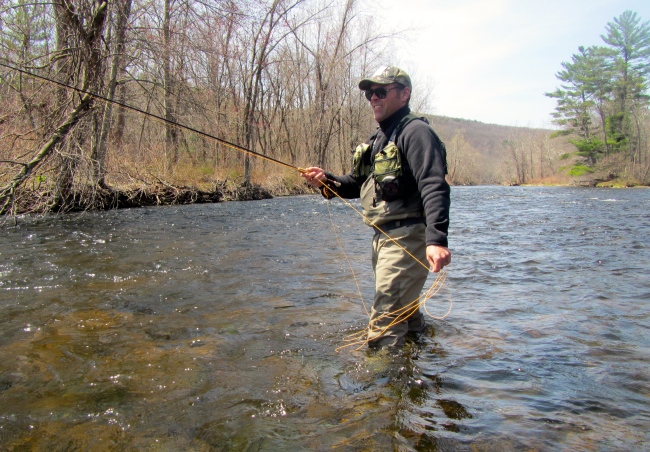 After our session ended, we headed downstream where we found some fish willing to jump on. I also saw the first Hendricksons of the year, although two doesn’t make me do handsprings — and there was nothing rising to them. Not to be a wet blanket, but my enthusiasm is also tempered by the fact that we’re in for some cold, wet weather over the next few days. But come, they will.

An intriguingly marked rainbow that took my BHSHPT. Love the colors on the gill plate. Landed a nice wild brown as well, and LDRed a third. A fun way to end the day. 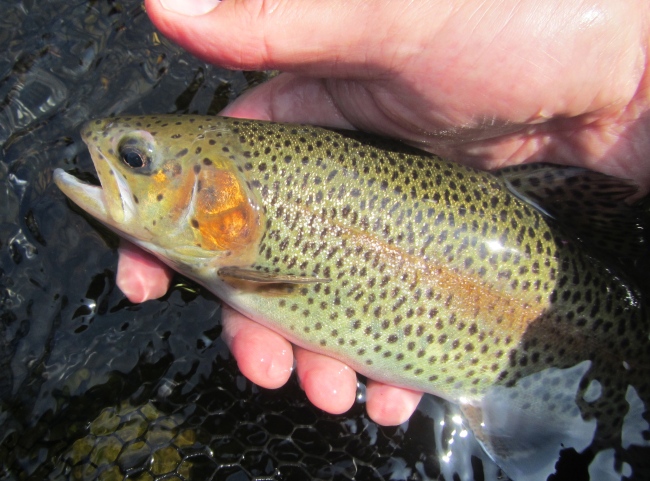 8 comments on “And, we’re underway”