I don’t usually publish these things but clearly the word is out, as evidence by overflowing parking lots and anglers massed together like so many sardines — the spring striped bass run is on. (And then some.) It’s been about ten days now. I caught it the day it turned on, and I returned yesterday for round two of the hysteria. Both days I stopped counting after 25 fish. (The intrepid angler, if he or she had several hours, could easily reach or surpass the century mark.) It’s rather insane, to the point where you go through stretches where you literally are catching the proverbial fish on every cast. The fishing isn’t technical: find a rip, cast, strip, fight, release. I’ve been using a full sink tip integrated line, a short (2-3 feet) leader, and an assortment of soft-hackled flatwings 3-4″ long. I have a limited interest in this kind of fishing, but I gotta admit that it’s a lot of fun while I’m doing it.

So: If you fish on the Cape, start sharpening your hooks. There’s a whole heaping helping of stripers heading your way.

These stripers are uber-aggressive gluttons who are wanton and reckless in their need to destroy your fly. Most are in the 14-20″ class, with a few bigger bass in the mix. They make for a decent battle in a ripping current. Yesterday I caught them on the strip, swing, dangle, and even with my eyes closed. 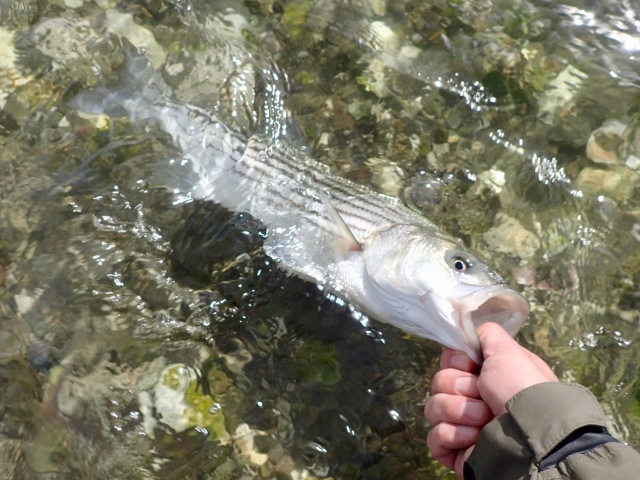 Four members of the Connecticut Surfcasters each hauled out a bag of garbage they collected on their walk back. I know you’d like to join me in thanking them for their efforts. Pictured here are Charlie and George. Well done, gents. 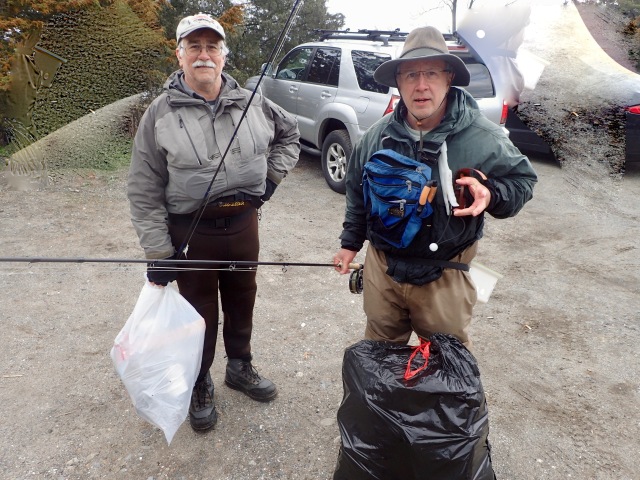 So far, I’m giving this season a very enthusiastic striper thumb’s up. 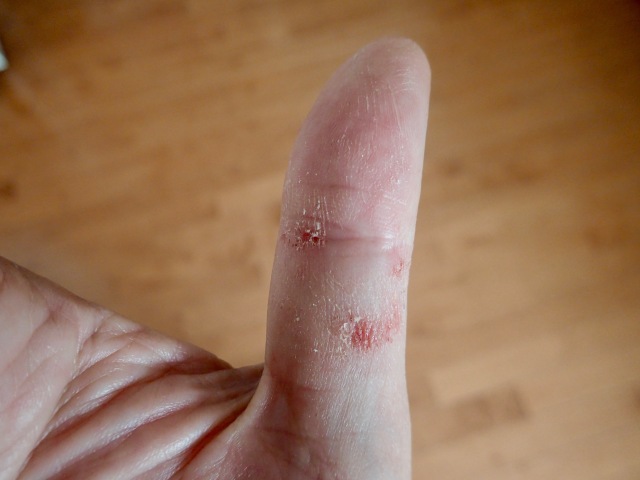