Spring began as a promise and summer as a dream. Winter would relent at some point (God, it was long and cold!) and the water temperature would rise a few precious degrees and the stripers would begin to stir. We’d have the spring run – or not, as it turned out – but at least the sun would be warm on your face and you could feel your fingers and you would feel alive standing in the brackish water as it raced past your feet to meet the sea.

The herring would be in in a few weeks – or not, as it turned out – and with them would come the big bass (see previous “or not” statements). Worms would hatch, and anglers would mutter about picky fish, but all would be as it should. After that would come summer and sand eels and silvery Block Island bass covered in sea lice and eager to act twice their size. It all happened, and it was extraordinary, as each year is in its own way.

And now, it is fall.

The calendar won’t proclaim it so for another six weeks. Football is still in training camp. The warning track of meaningful September baseball is many strides away. But the first leaves have already fallen (you can find them in your yard right now). A few weeks ago your deck was in bright sunshine at 3pm. Now it’s in deep shade. The Dog Days (which have less to do with heat and humidity than with the position of Sirius, the Dog Star, relative to the sun) are nearly over. And so begins fall.

Last night I stood in a Cape Cod creek amid an assembled multitude of silversides. Against the far bank, stripers were feeding in earnest. They know it’s time to bulk up in preparation for that long journey home.

Don’t even get me started about steelhead. 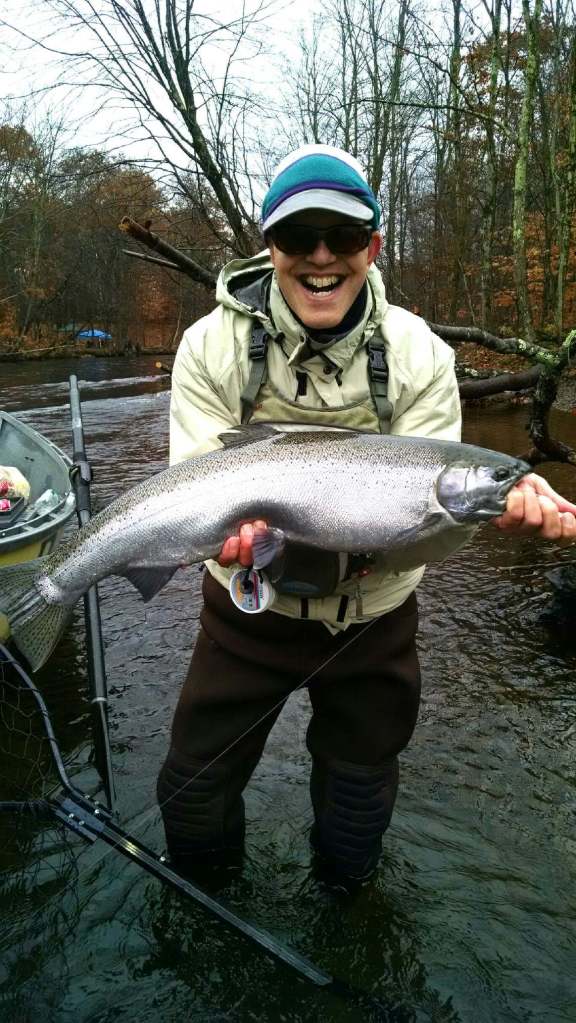