I broke one of my cardinal rules today: never go into the woods if you’ve recently watched Deliverance.  There were no mountain men bent on buggery — and sadly, precious few bugs. I was hoping a near 50-degree day and some sunshine would trigger a hatch, but all I saw was one lonely grey big midge/small stonefly thingy flitting over the water. Although the creek was up due to yesterday’s rains, the water had cleared nicely by the time I threw my first cast, around 1pm.

I did the upstream dry thing, then the downstream subsurface thing. No takers on the dry. I wasn’t surprised, given the height of the water and its temperature. (I forgot my thermometer, but I experienced the sting when I had to go up to my elbow to liberate a fly from the bottom.)

A satellite image of the Chesapeake Bay’s frozen tributaries. Well, it could be. 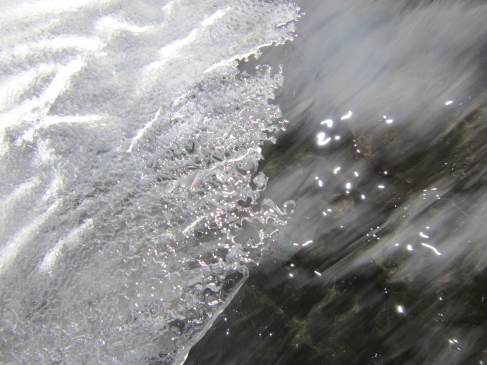 More fun with photography. See if you can find the duck’s head and the hawk’s head. 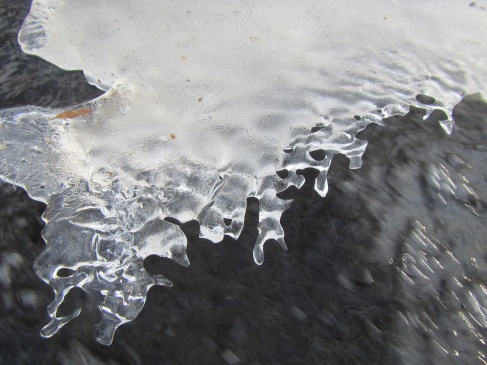 My only strike of the day came on a downstream presentation with a weighted wet/streamer. A fine brown hen, long and lean, a good size for a brook this small. She was hiding in a deep pool that courses between two boulders. One touch was all I needed, and releasing her was almost as gratifying as catching her.

Your first trout of the year should be a memorable one. What a staggering array of colors on her gill plate. Also note the blemish on her nose. I couldn’t tell if it was an old wound or just a cosmetic oddity. I had not caught her before today. 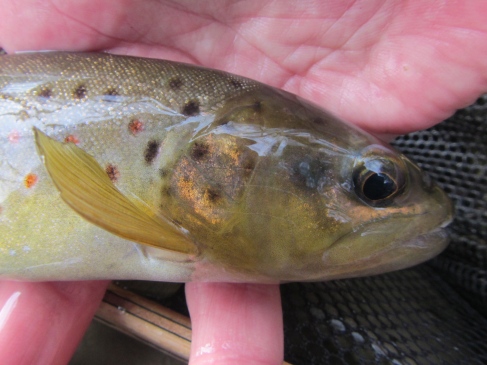 The winning fly. I like to fish small hybrid wet/streamers with tungsten heads on small streams. It’s a simple fly, easy to tie, and it uses a mix of natural and synthetic materials: A copper tungsten head, some weighted wire on the hook shank, black Krystal Flash tail, black Ice Dub body, palmered then hackled with grizzly hen. This fly is unnamed. (For you detail-oriented folks, that’s not ice. It’s a big chunk of stream side quartz.) 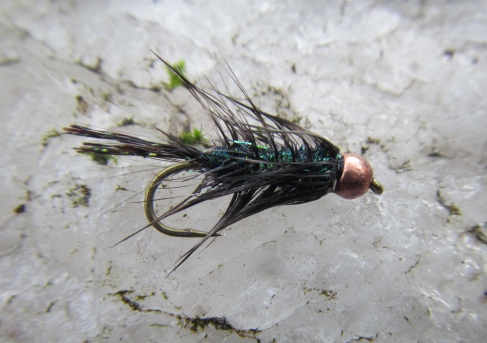 10 comments on “January thaw on a small stream”